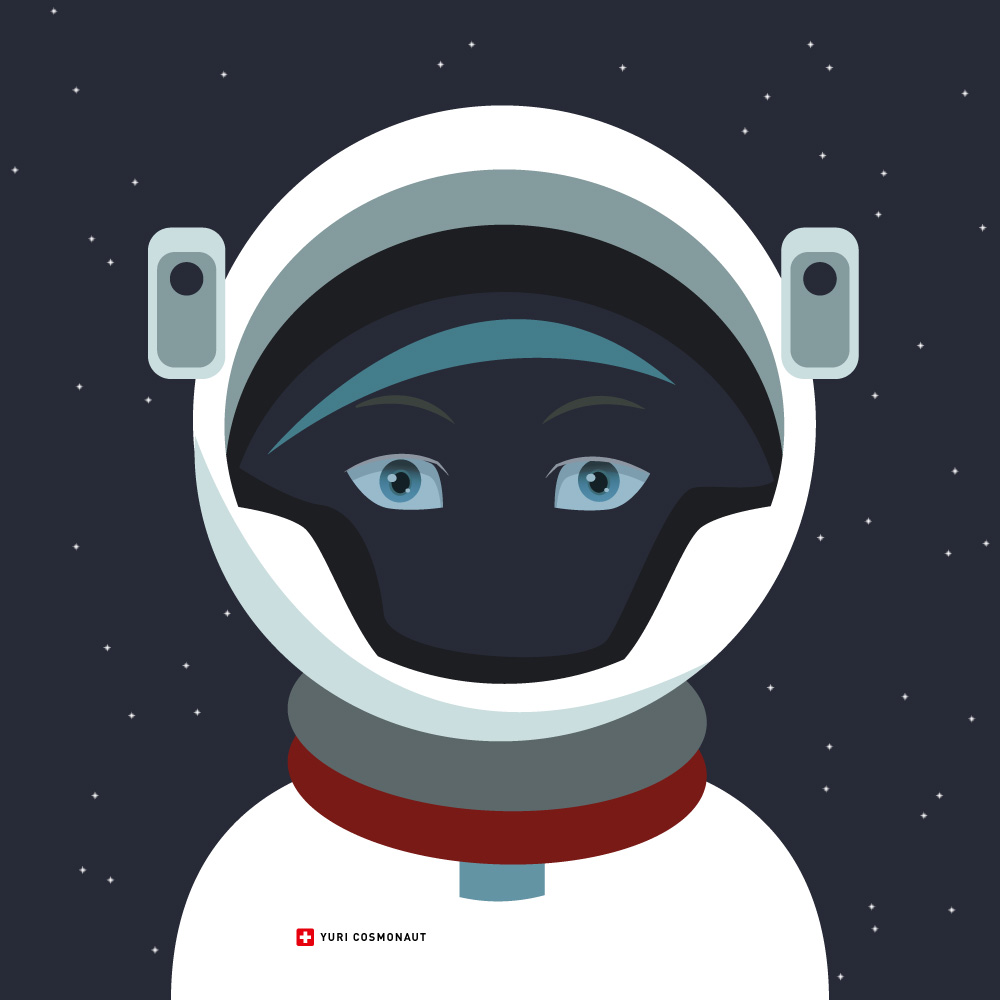 Why the name «Yuri Cosmonaut» for a Swiss music project?
Yuri Gagarin was already my hero in my childhood. I mean, is there a greater hero than him? The man was the first to strap himself onto the top of a rocket and shoot into space at a time when we didn’t even have colour television. And anyway, I’ve always had an affinity for Russia… or the Soviet Union back then. I even rooted for Ivan Drago in Rocky IV. Besides, my father was a trade union secretary – so socialism was always closer to us than capitalism. And that’s still the case today.

Who or what is behind the project?
«Yuri Cosmonaut» is a one-man project that stands for electronic music. But I like to work with friends who were DJs like me in the past and just have fun making music together. Our influences are clearly Kraftwerk. And since we are all DJs from the house and techno scene, this music from the 80s and 90s also has a strong influence on our music.

What instruments do you mainly use?
I like the raw sound of the old Soviet synthesizers. My song “Living in Moscow” features the Formanta Polivoks and the Estradin 230. The beat comes from the classic TR-808, and lately I’ve been using the plug-in synth “Pigments” by Arturia.

Is Yuri Cosmonaut also available as a live concert?
Why not? I could well imagine creating a multimedia show for a live gig. There is a lot of exciting video and image material from Soviet space travel in the archives… I would love to put together a video show from it at some point. Maybe that’s my next project… we’ll see. 😄🚀